Last weekend Sam and I went on a trip to Northern Ireland. We went for my Fathers, Uncles (Does that make sense?) ashes interment ceremony. My grandfather and his family were from Ederney in Northern Ireland so we were taking him home.

The weekend also meant meeting up with family who I had never met, plus my Parents, Sister and Cousin. All in all, I was really looking forward to it.

Friday Morning came and this signaled a 5am alarm call so we could be on our way to East Midlands Airport to catch out 8.45am flight to Belfast City.  I just wnat to mention at the point the Meet and Greet parking at East Midlands Airport.  Its brilliant!  Not only is it brilliant but it is also very reasonable.  Would highly recommend it to everyone.

Anyone who knows us will know that Sam is not the best flyer. I had a sneaking suspicion about something to do with this trip but decided for safety sake to keep it to myself. We arrived at the airport checked in and went and had some breakfast.

U am still on my healthy regime but I had always planned to have a weekend off for this trip and have a couple of drinks with my family. This didn’t mean I had to eat badly though. Scrambled eggs nailed we set ourselves for the flight. They announced

the gate number and off we trot. This is when all my suspicions became a reality……… 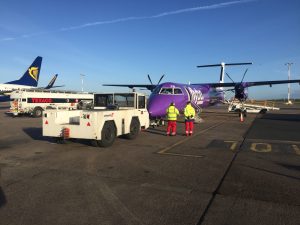 The plane had propellers! Sam was not happy.

I got her on the plane and it was a decent enough hour flight to Belfast.

We arrived bang on time and set off to get our Hire Car to drive across Northern Ireland.

Avis Car Rental as the most disgraceful outfit ever. The trip to charge me a £1000 holding deposit for the car because I didn’t want to pay their insurance! There was no mention of this at any point during booking and the lady on the desk was disgraceful. She needed serious lessons in customer service. After being blackmailed into buying the insurance (all because I choose not to live my life on credit and have a credit card) we were off.

An hour and a half later we arrived in Irvinestown and met up with Mum, Dad, Uncle John and Adelaide. We then set off on a quick tour of the area following Dad (which was nothing short of dangerous because of his inability to concentrate on driving) before being told we would be doing it again tomorrow so Sam and I headed back to Mahon’s Hotel for something to eat and a quick nap as we were shattered having been up so early.

This is the link for Mahon’s Hotel. If you are ever in the west of Northern Ireland then book in here. It is a fantastic hotel!

Kate Michael and Simon arrived shortly after, along with other distant relatives and we all enjoyed a lovely evening meal at the hotel together. A few drinks at the bar, which included trying to get Simon to drink a yard of ale, followed before bed.

The following day we set of on a bit of a history tour with the family to see where my grandfather grew up and where he was laid to rest.

Before this we visited a house in Irvinestown which used to be the local station. This is where my Uncle Patrick was staying. I am going to let these photo’s do the talking on this one. Its incredible…. 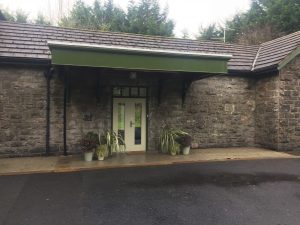 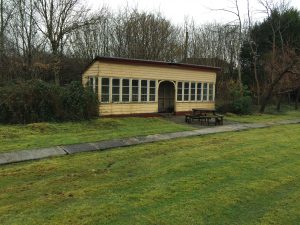 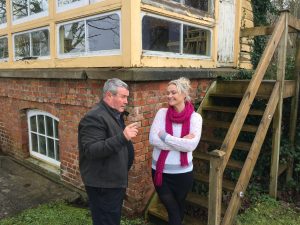 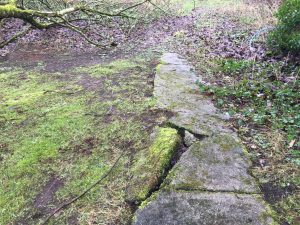 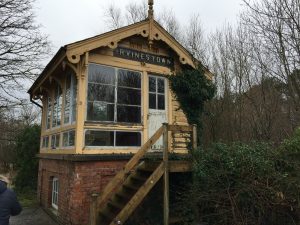 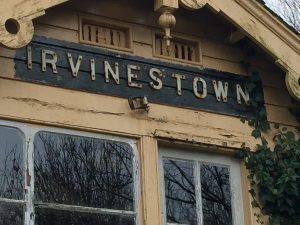 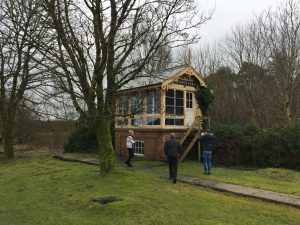 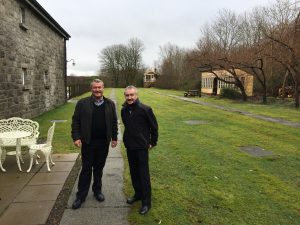 We ventured to Ederney, had a walk round before ending up in Carron’s Bar for a drink and to look at the old pictures on the wall. I found it both interesting and in truth a little emotional seeing where my family came from. One of the locals even remembers my grandfather and the family. Seems they had a bit of a reputation!

We then all set off for the cemetery for the ceremony. On the way, we stopped at a nice little bar called Monaghan’s Bar for a pint (you can see the theme forming by now I’m sure!)

After the ceremony, we departed for Kesh and a short “wake” with a lot of family who I had never met until now which was lovely. It was great to see my dad and nearly all his cousins in one place. 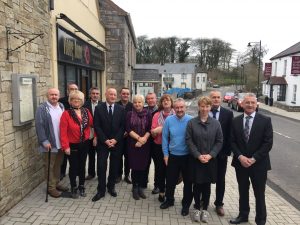 We them went back to Mahon’s for the Rugby and one of the best evening I have ever had. They had an Irish folk band playing and we had the best night! 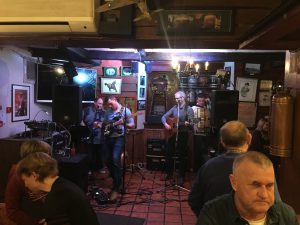 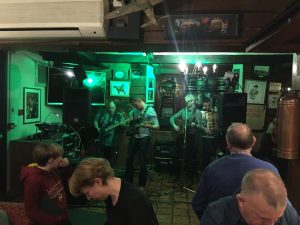 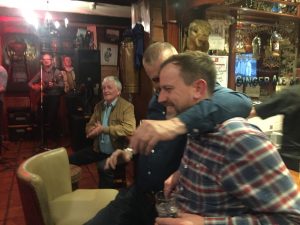 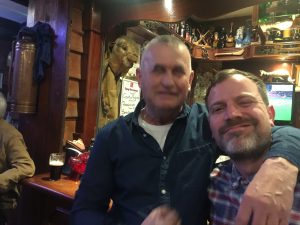 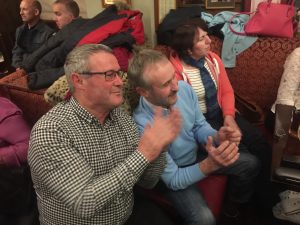 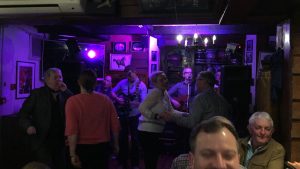 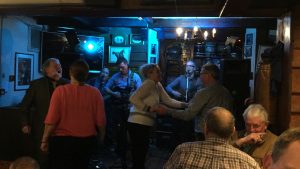 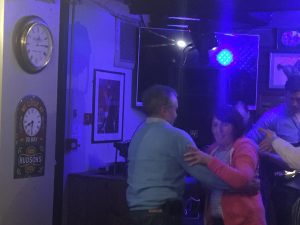 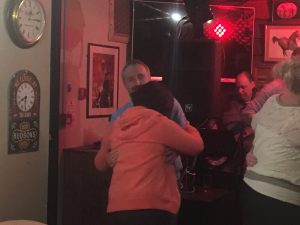 The next day saw the journey home and yes, another propeller plane……

Sam was not happy (assisted by contact ribbing from Michael and Simon in the airport!) and spent the whole journey under her coat.   It didn’t help that the landing was awful! Bumpy. Sam was crying and I must admit I thought a couple times we could be in trouble. The gent in front pointed out that there is less turbulence at the front so next time I am reserve the furthest forward seats I can.

All in all, a great weekend and I can’t wait to go back and do a tour of Northern Ireland with Lucy and see the Titanic Museum and Giants Causeway!

Thank You so much to all the family involved and especially My Parents.

Working with The Sheffield Eagles

Start by Learning a Lesson

My First Month in my new job