OK,  This one is going to be a little more difficult to explain as in the most part I remember visiting on numerous occasions but more often than not,  by the time we left, we had normally had a few………

You will remember from part one of our South African Adventure that I said it was all about the people.  One family we had the honour of meeting were the Pote’s.  Colin, Jay, Lee, Seth and their extended family.  In the UK everyone’s (Well every mans) dream is to have a pub in their back garden,  but I have only ever met one person here who has that here in the UK.

Colin, however has the best back garden bar in the world.  The room is approximately the size of a standard UK double garage.  As you can see from the pictures it is decked out just like a bar, complete with Pool Table,  TV for premiership football,  a fridge ( which was always full!)  and an array of sports memorabilia adorns the ceiling and walls. 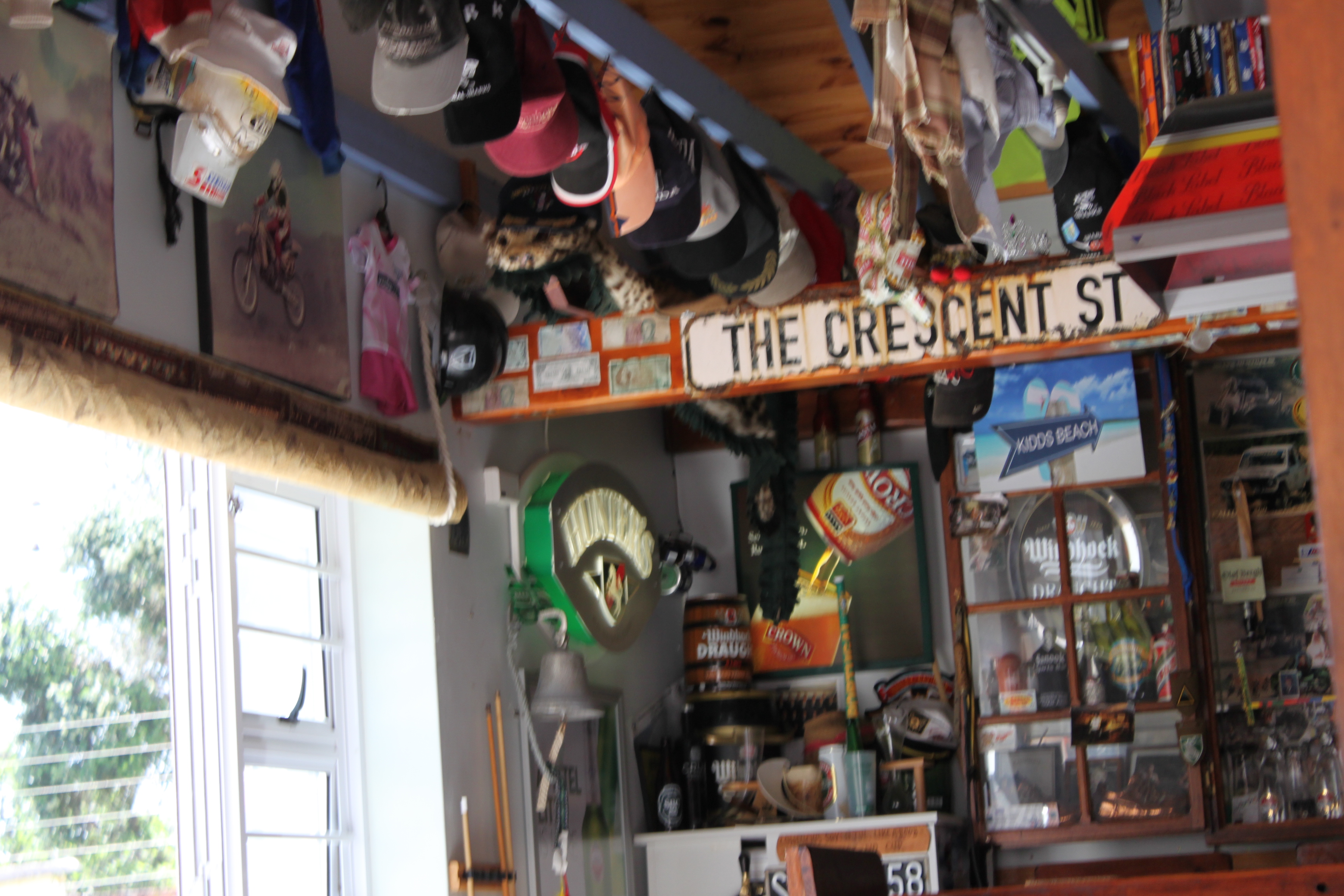 The year before we went,  Dad asked me if I could get Howard Webb ( 2010 world cup final referee) to sign a shirt for Colin.  I can’t imagine there are too many signed Howard Webb shirts in South Africa,  the host country where he refereed the final.  When we arrive a year later,  this was framed and on the wall.

So this year I felt it would have been rude not try add to this collection so I got hold of a Sheffield Eagles Rugby League shirt with Mark Aston and Keith Senior signed for me.  I should add at this point that both shirts were personalised to Colin.  Safe to say I think it was well received. 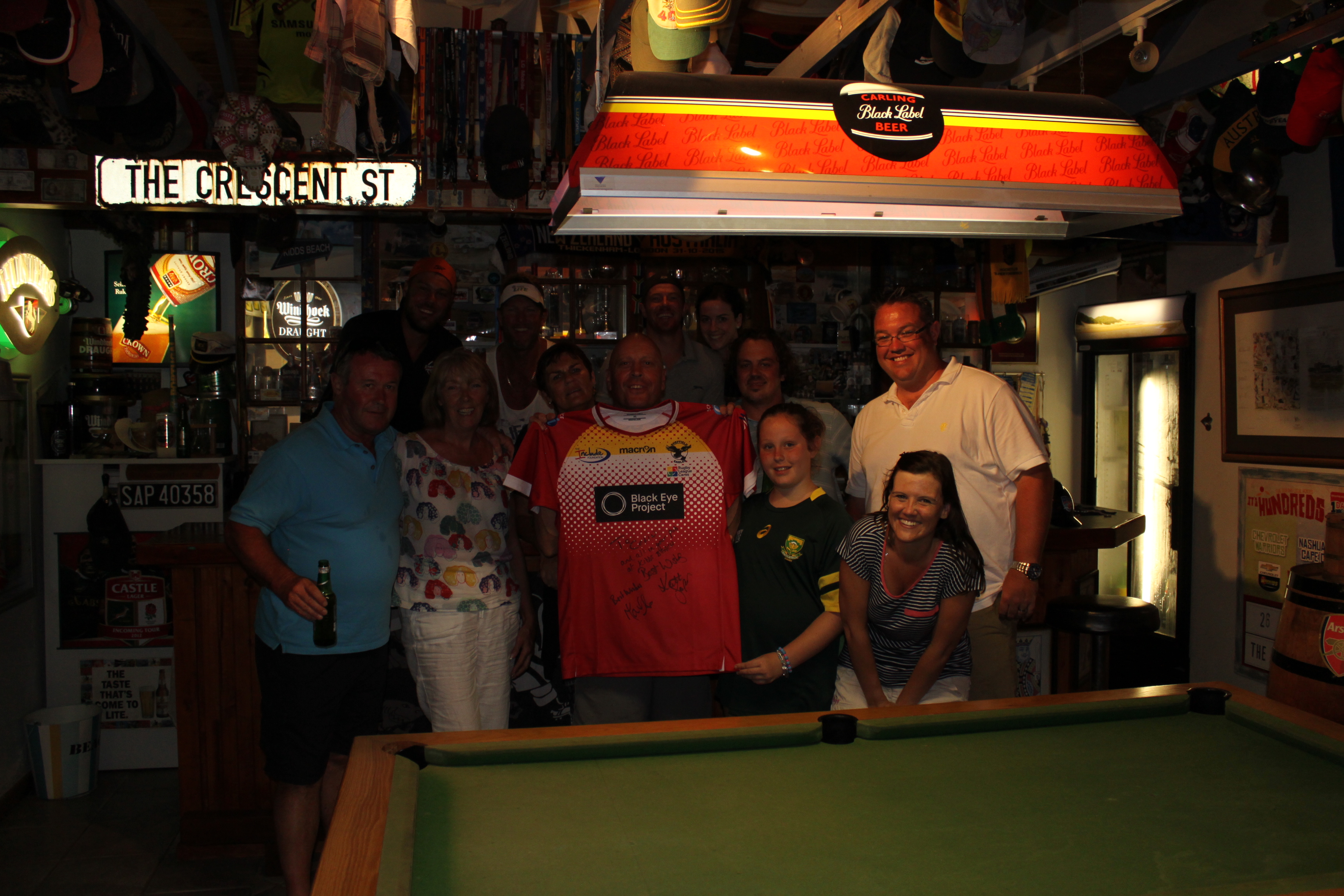 Outside the pub is probably not too dissimilar to any other South African back garden.  There is a Brie (BBQ)  area and a plunge pool which, given the exceptional weather, was well used! 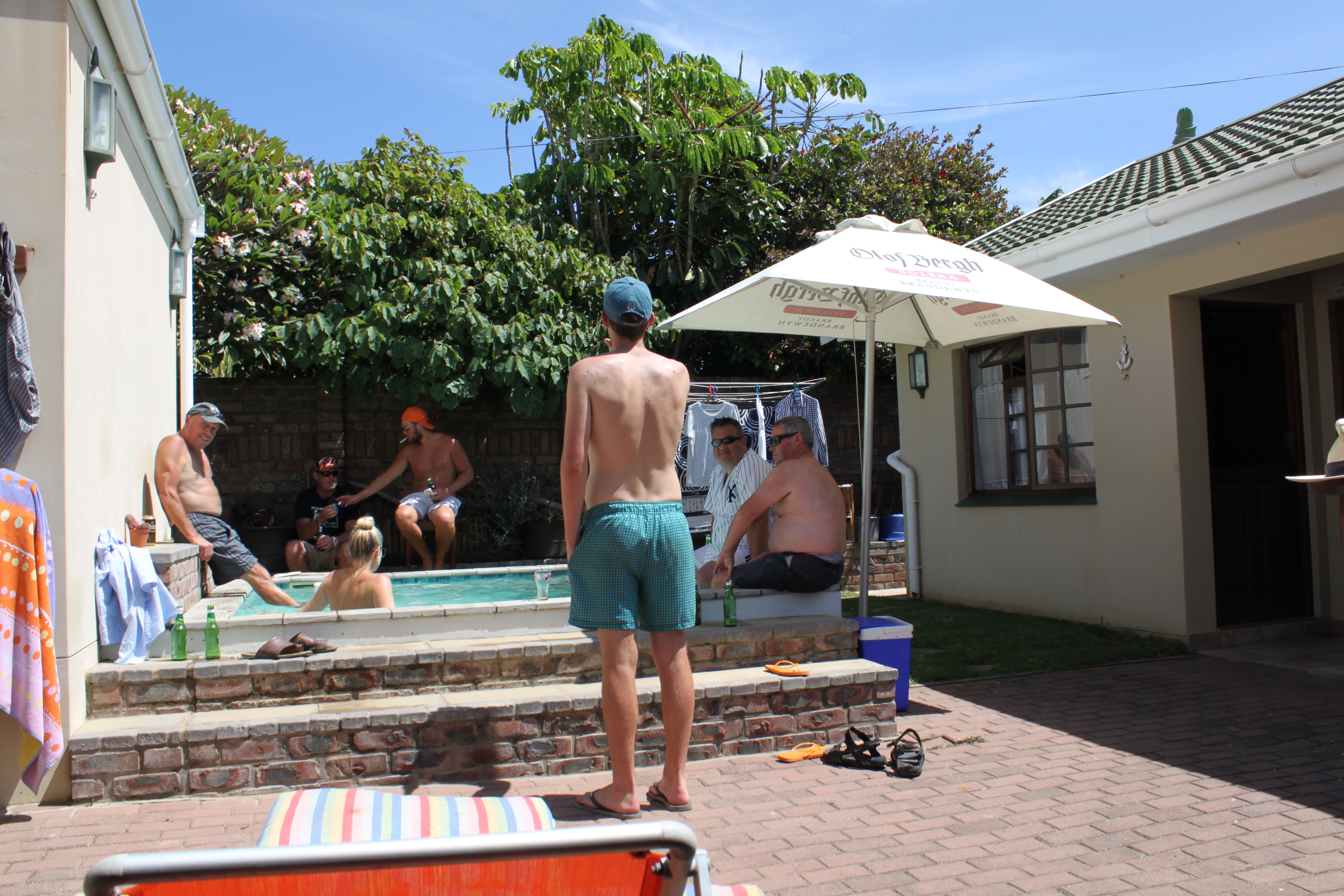 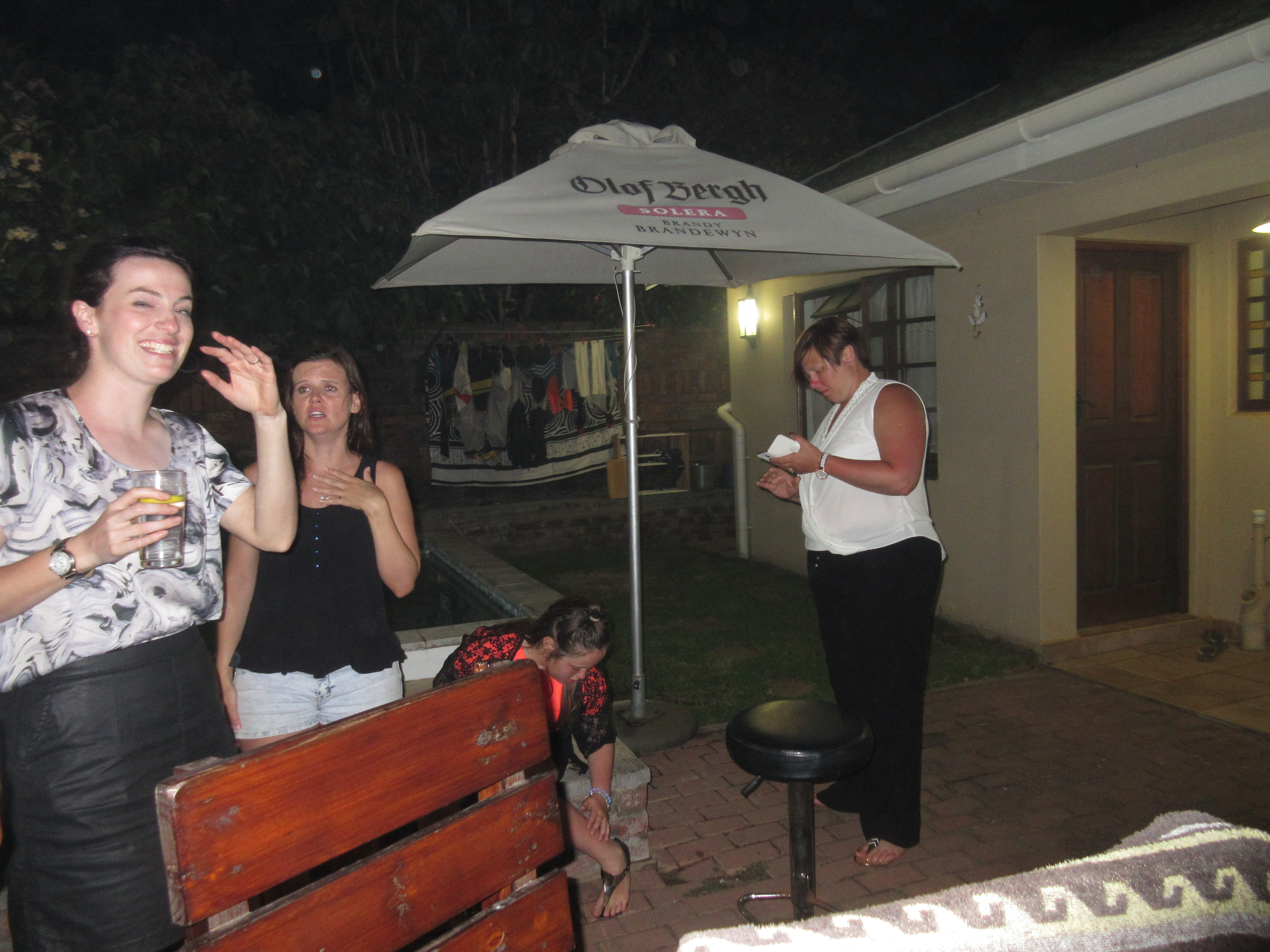 Again,  the pub is truly fabulous and there are many talking points.  All the memorabilia has a significance to Colin and his family.  From School rugby jerseys to signed balls and now a Rotherham United shirt signed by Howard.  It is however the people who make it truley special.  the company, the conversation and the laughter.  You will not see to many pictures from our trip with just us in them.

Thanks again to Colin and all his family for their hospitality and we hope to see you again very soon. 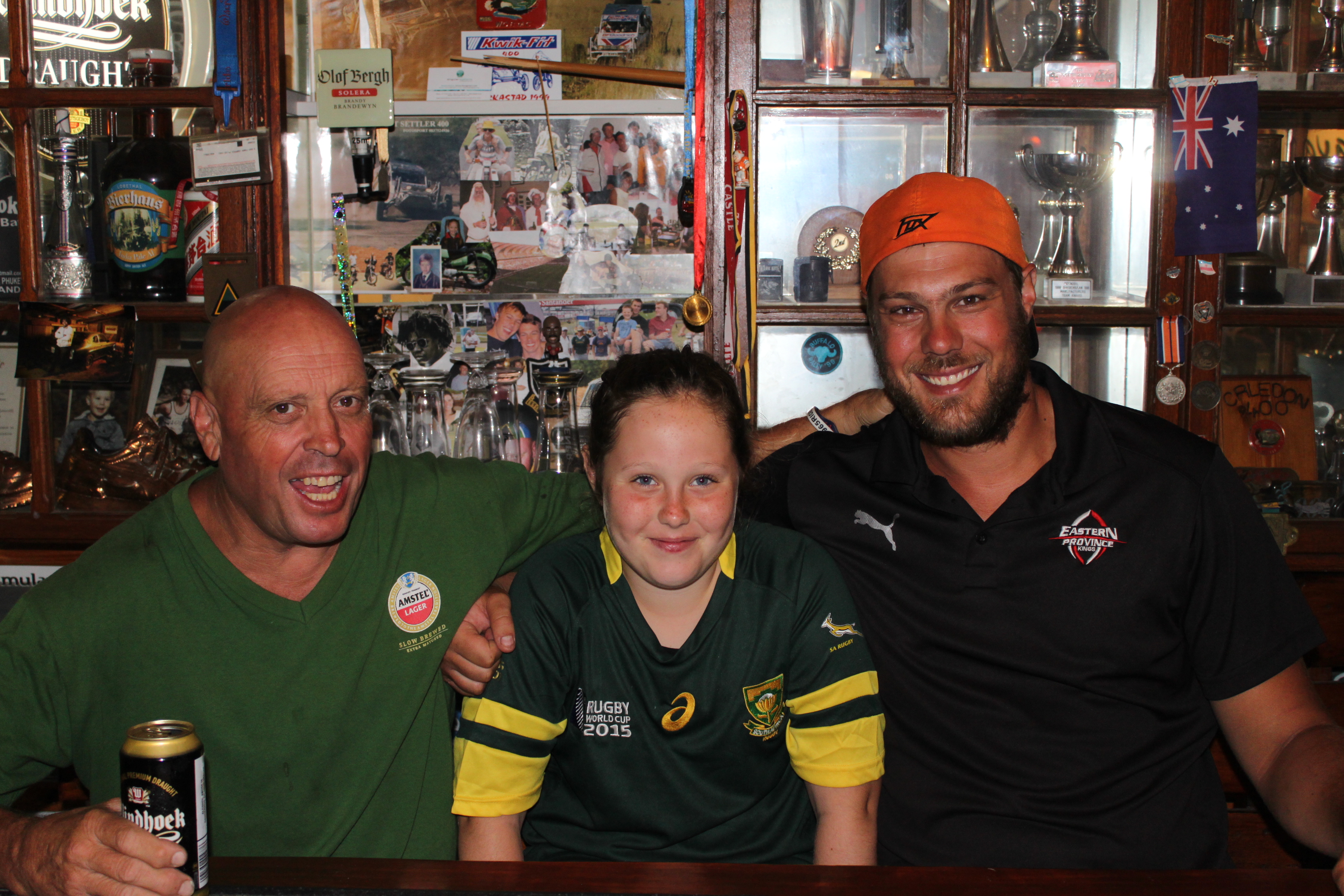 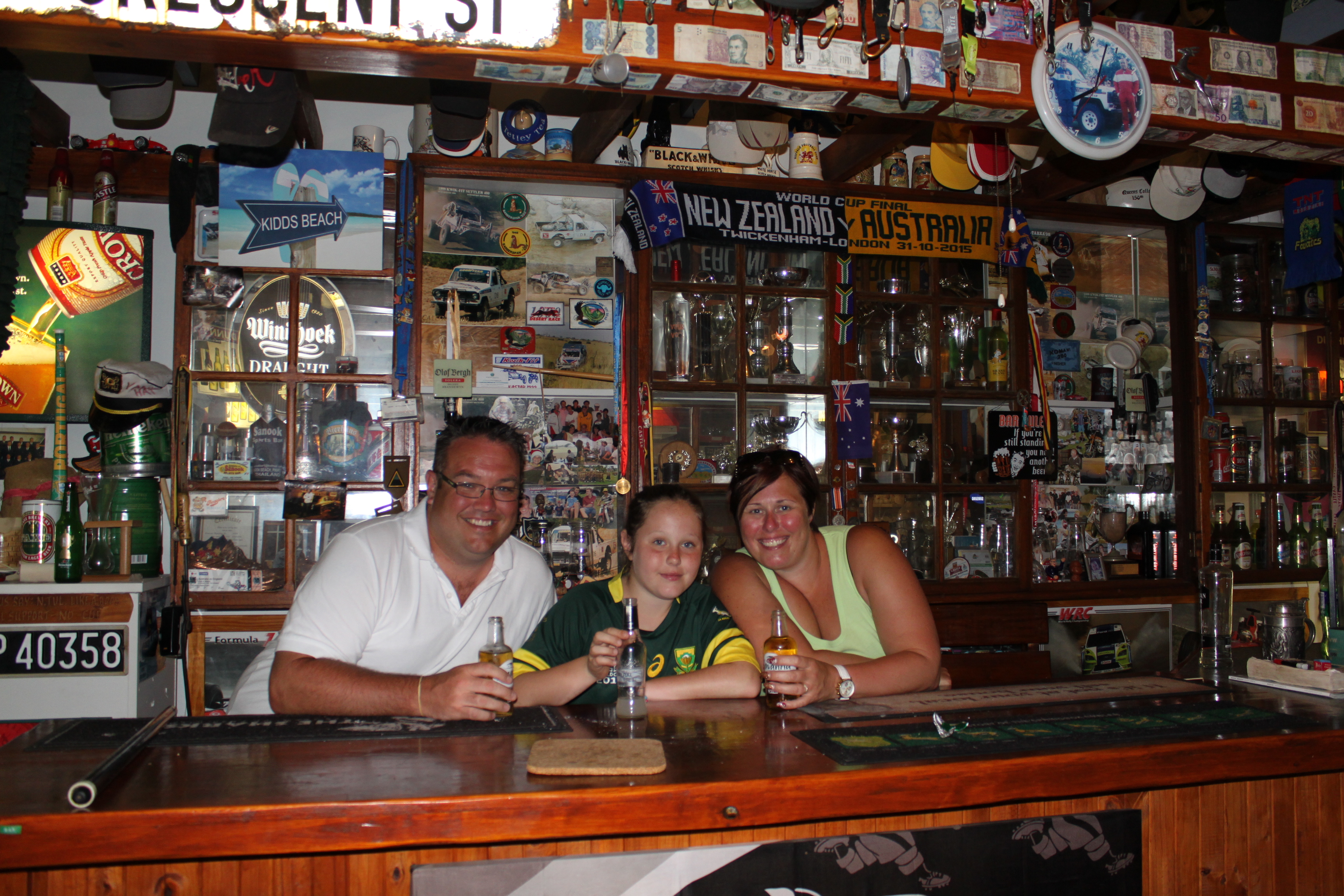 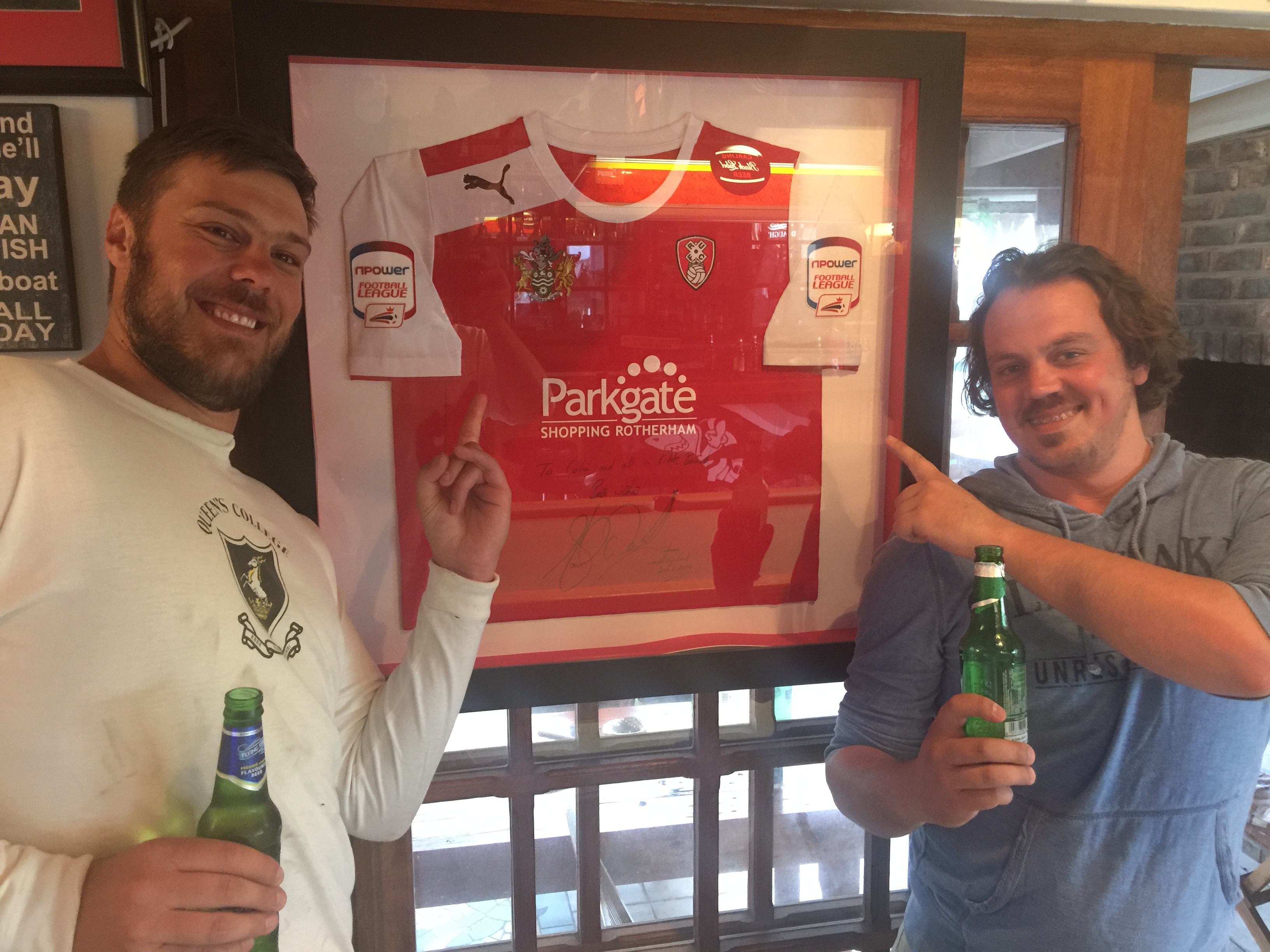 Setting off the alarms at Meadowhall –...

The Simple Business Card – Make it...

Drinks in the Rain!