Our South African Adventure Part 2…… The Food and Drink! 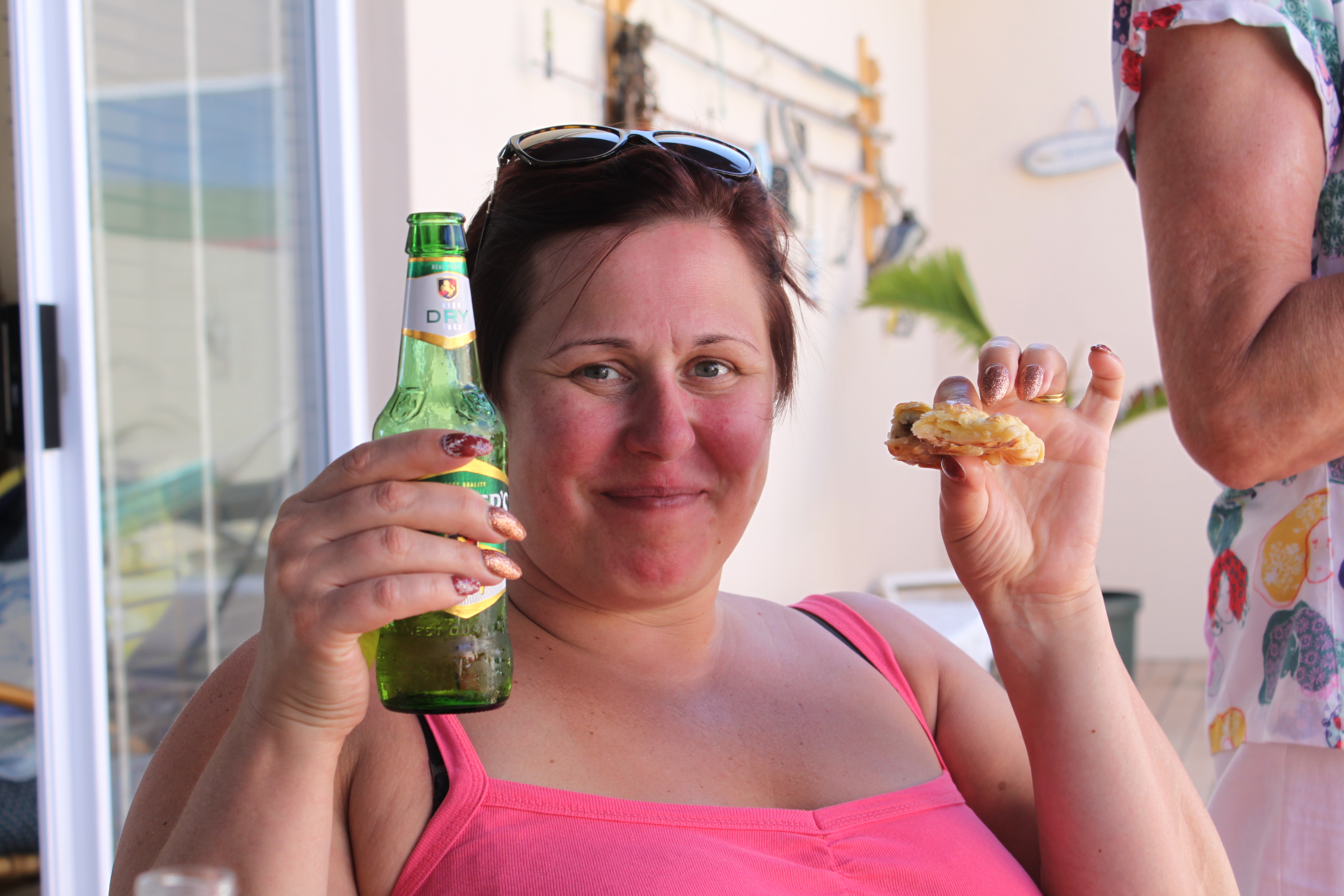 If you read the last blog post you will have read about the people and the general theme of our adventure!

They certainly enjoy a tipple or 20 in South Africa,  but  as a tourist its cheap, very cheap!  I brought almost the entries sports club a drink one night and it cost me about £16!

The range of drinks is extensive.  Mum seems to like Litchi Brutal Fruits (by the case!). I am simple Lager or Cider man.  Castle Lite was my choice but Windhoek and Millers Lite was also popular.  Then there is Cider. Hunters, dry or gold,  I’m not fussy,  is possible this nicest drink on the planet.  You can order it in the UK but its expensive.  I would certainly urge you to try it!

And then there is 100’s club which is a bot of a boxing day tradition I believe.  For those who don’t know what it is, it is a shot of beer every minute for 100 minutes and you can’t leave the table or your out. No toilet breaks, nothing!  Personally I didn’t find this too hard and had a few bottles of Castle on the go whilst doing it.  Other’s however struggled.  Some were sloshed after only 10 or so shots.  When I say sloshed i mean ill but I’ll spare you the graphic details. Must be a stronger drinkers in the Northern Hemisphere…..

This was the aftermath…… 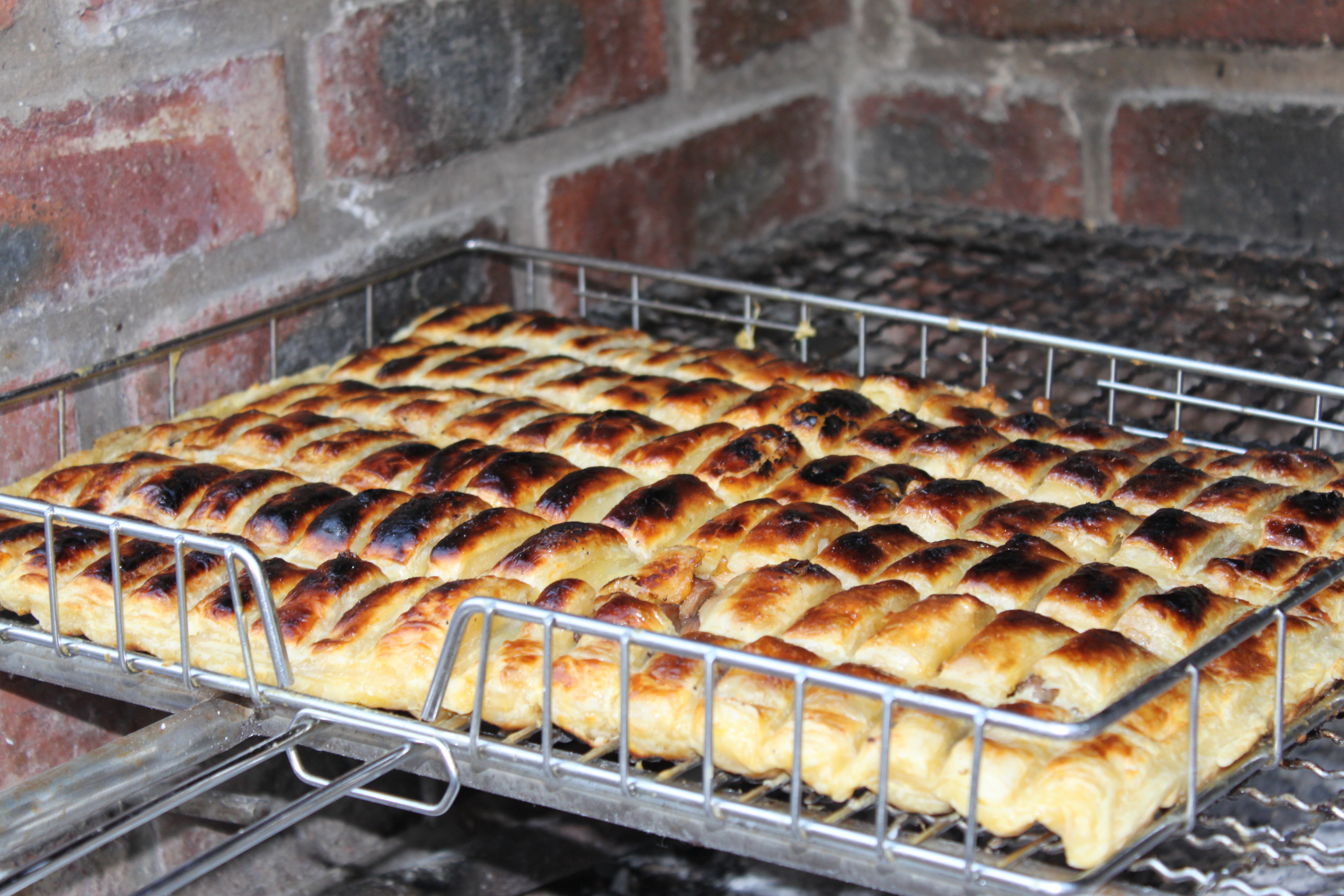 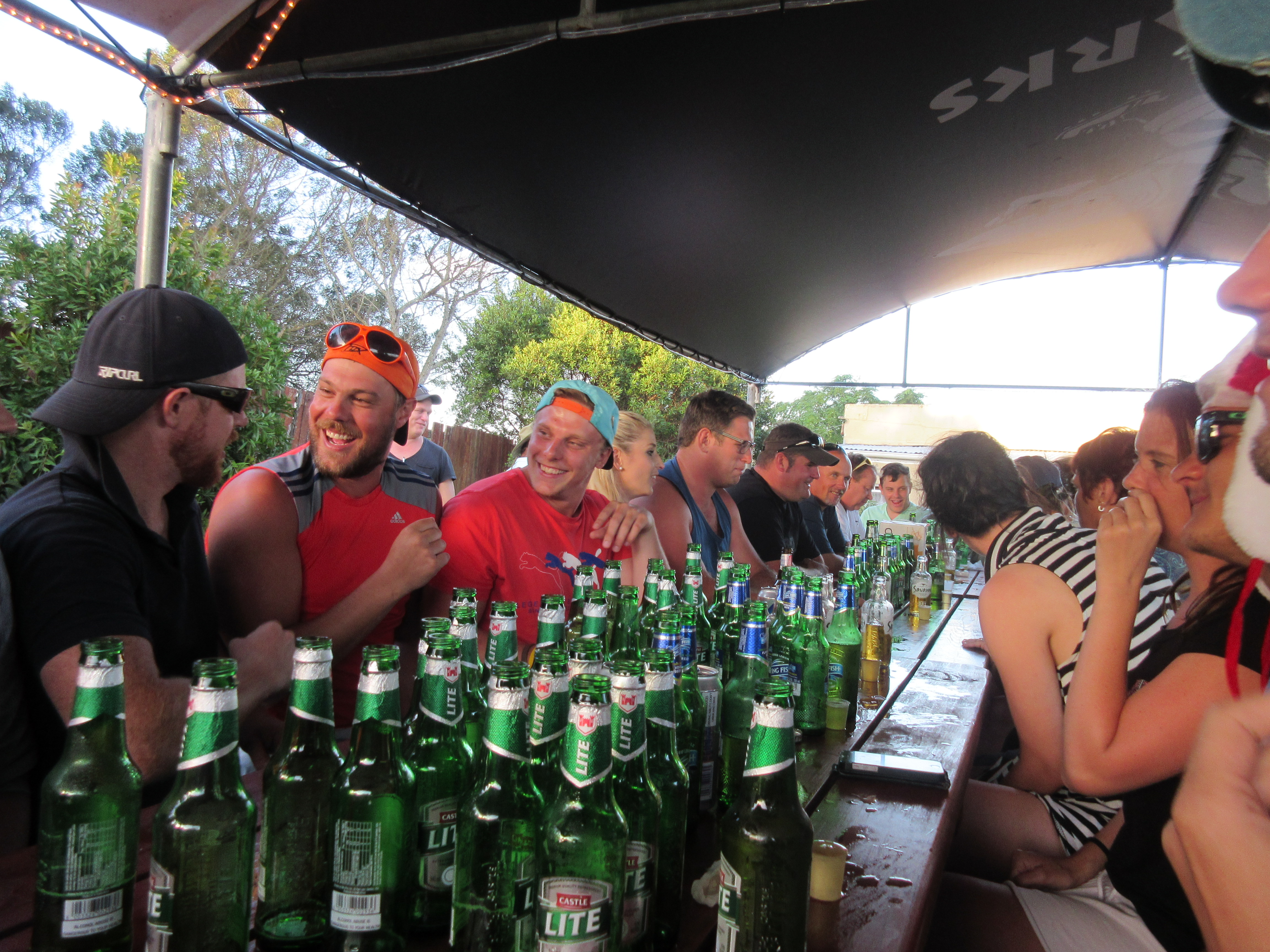 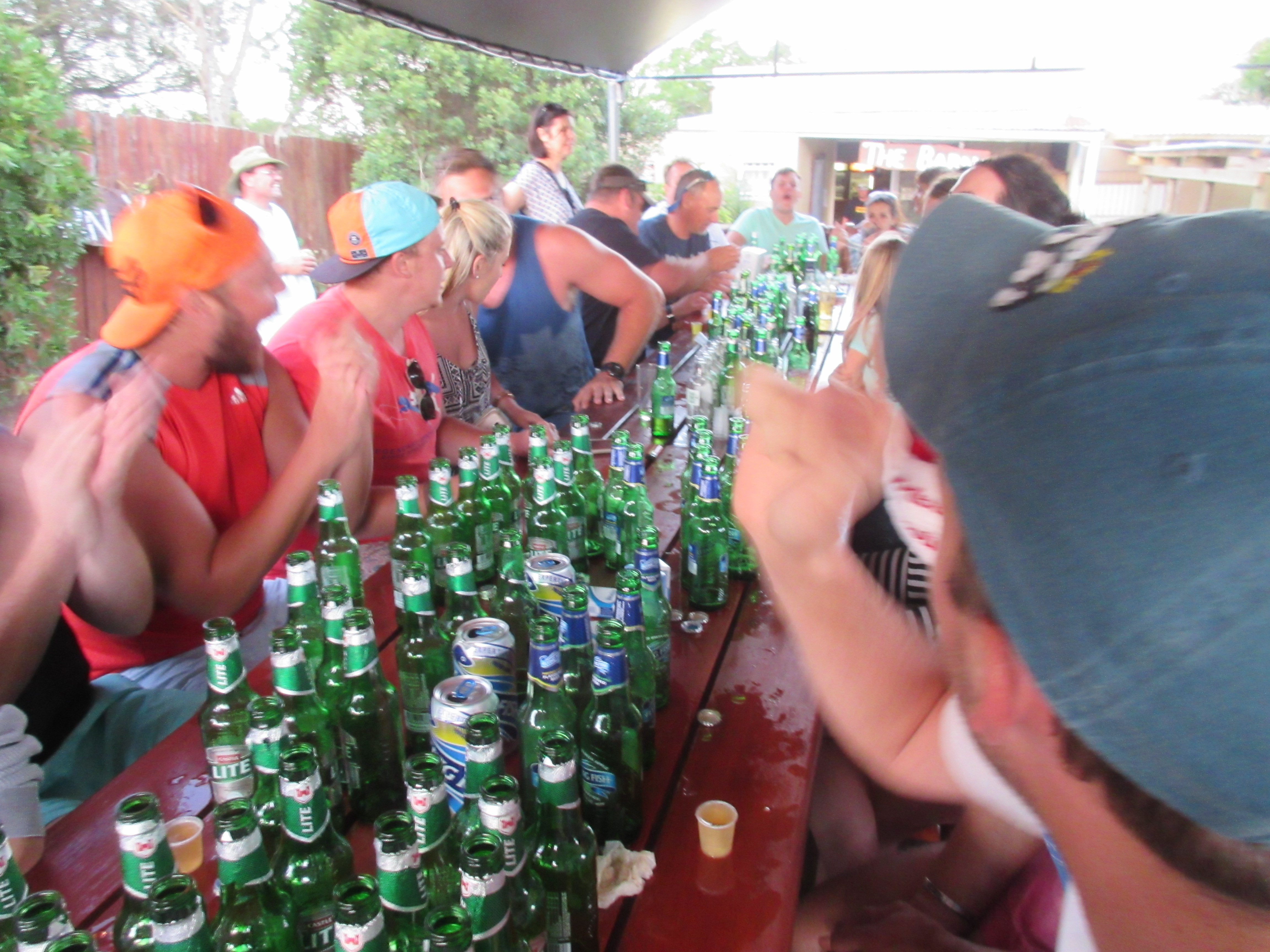 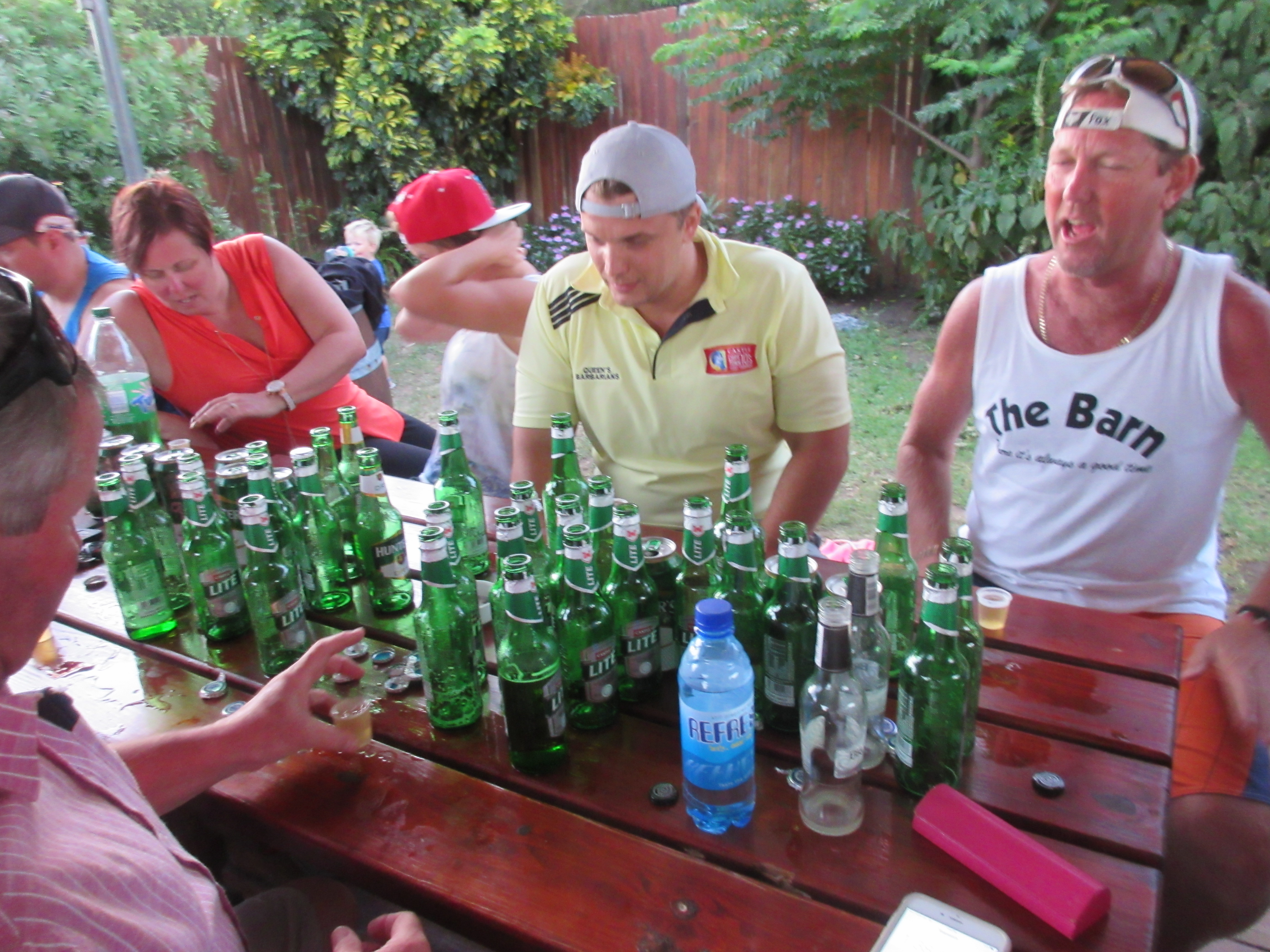 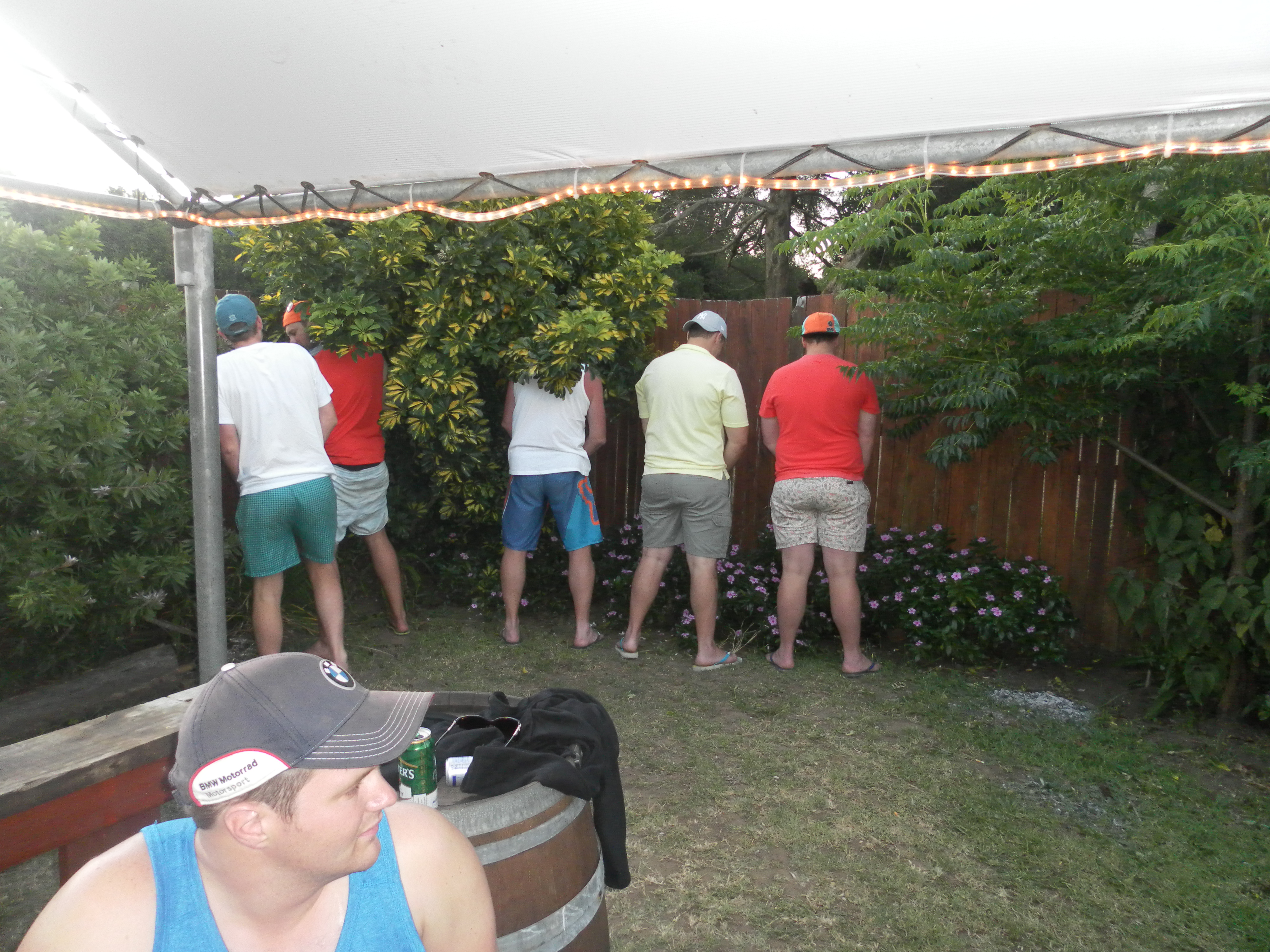 I think the only negative on the drink was that Sam complained about the quality of the wine which she expected to be better.  I don’t think it bothered her too much as she more than made up for it with Hunters!  We did however find one curiously name brand of white wine! 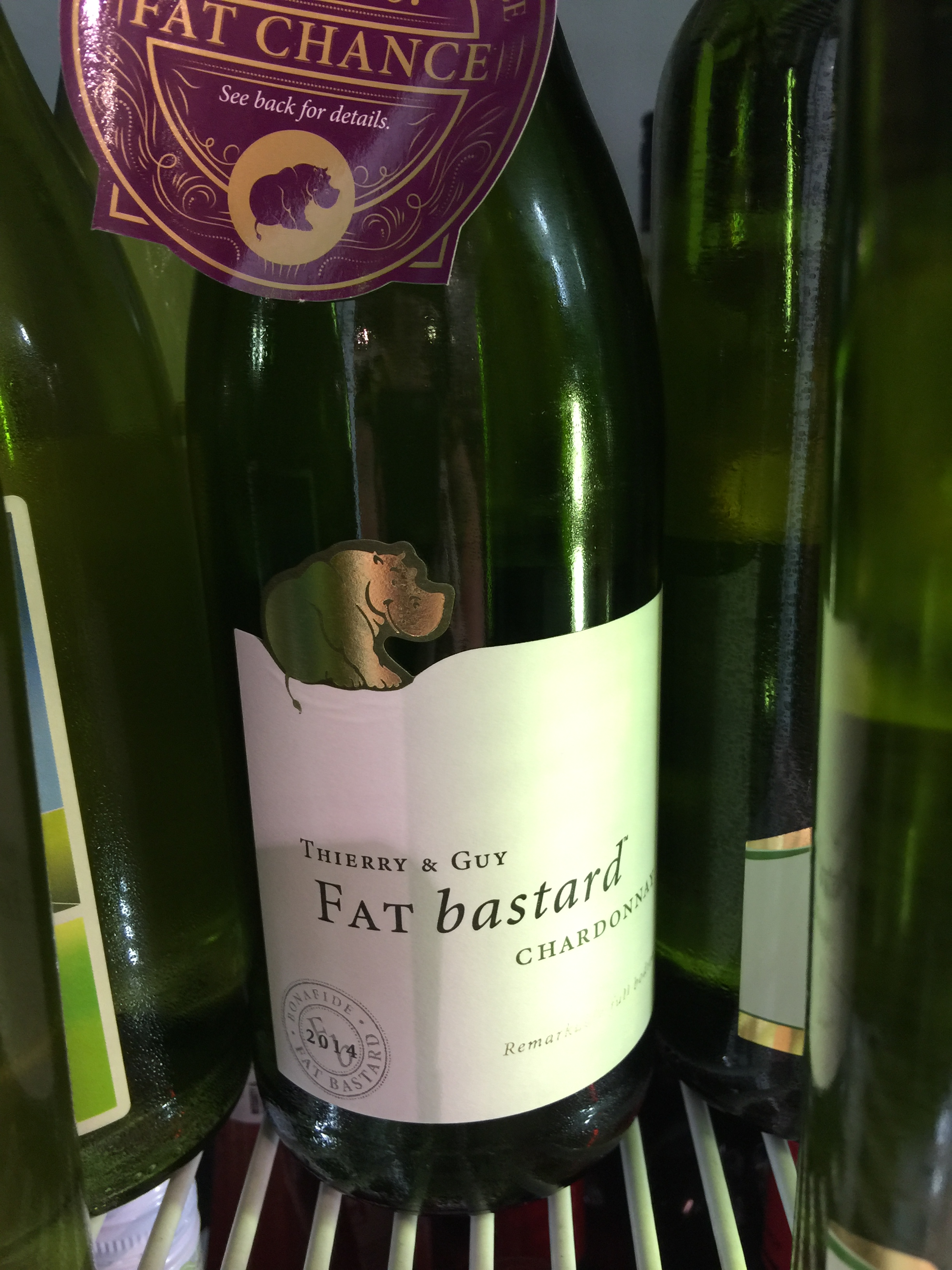 Now we come to the food.  Wow, just wow.   The food is stunning.  The quality of meat is indescribable.  If you ask for a steak you get a proper steak,  not a thin piece of meat, cooked to death and slapped on a plate.  Each piece is normally a fillet and over an inch thick.  The fruit and veg are also so fresh and tasty.

I have to thank Marc again for introducing me to Beer Bum Chicken and Brie Pie!  I’ll let you do your own investigations into the chicken but Brie pie is basically the BBQ meat left over,  made into a pie and cooked ago on the BBQ or Brie as it is known in South Africa the following lunchtime. 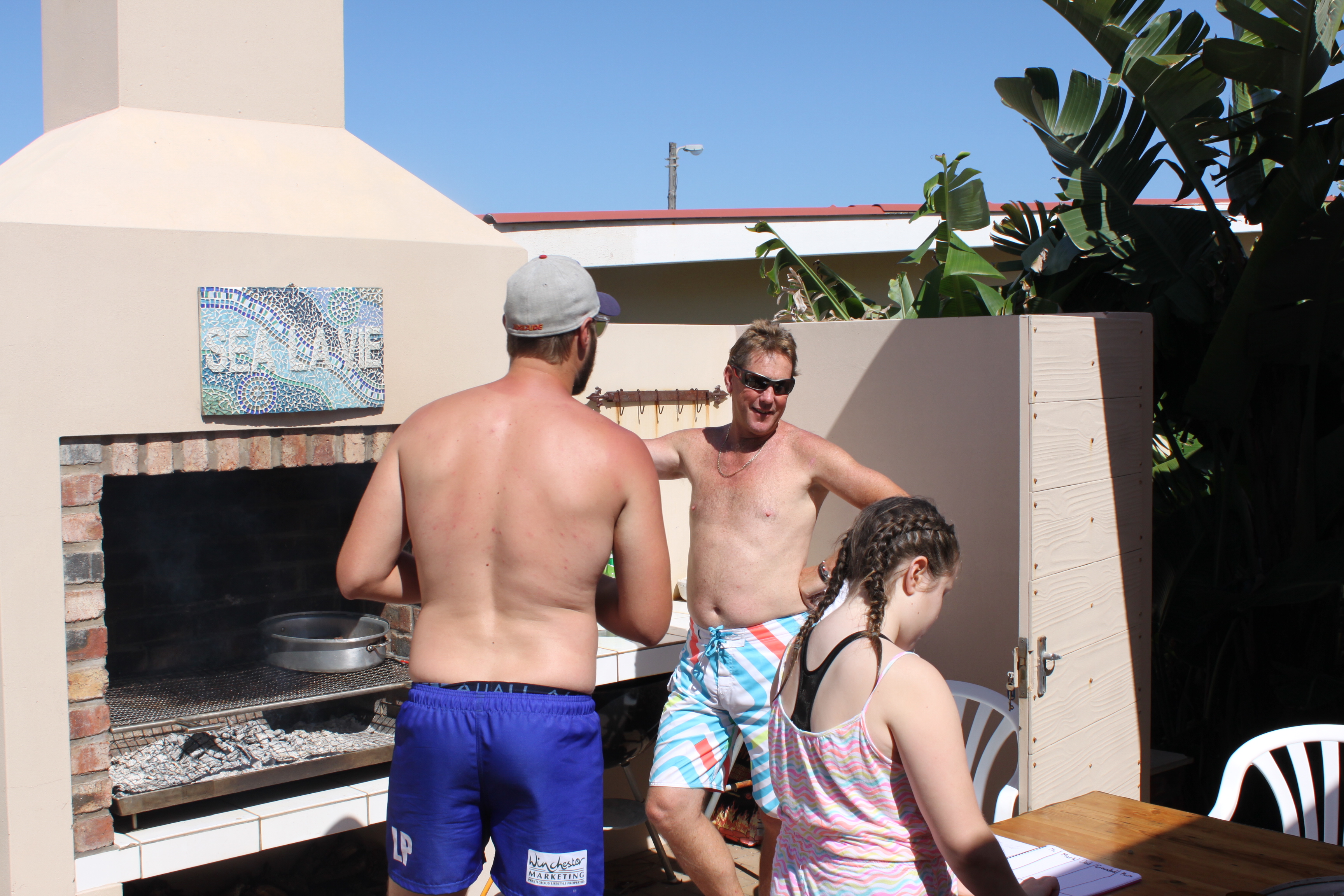 One of the local delicacies is called Amarci (I believe this is how it is spelt).  This is basically off milk! 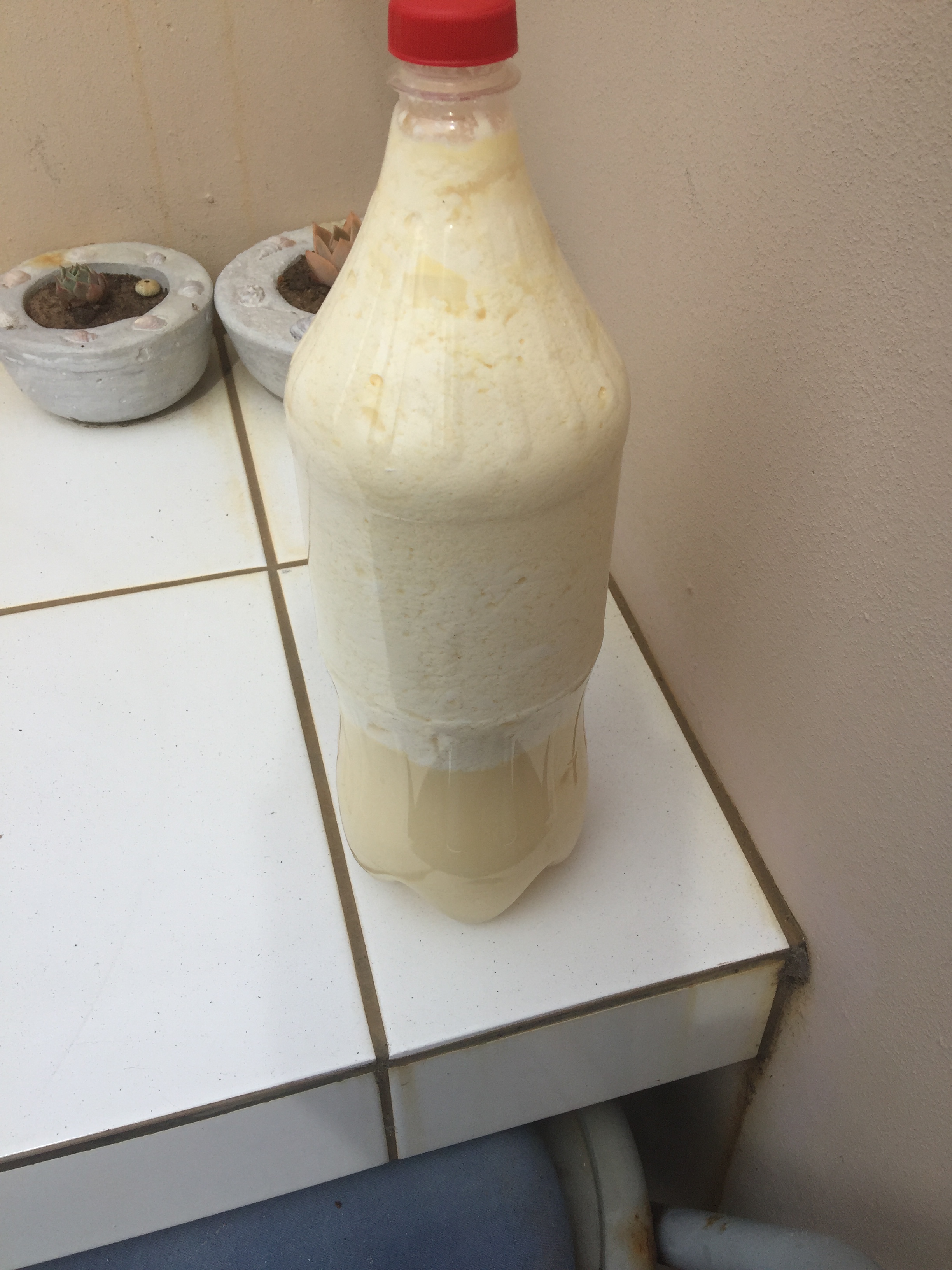 You fill up a Coke bottle with Milk and leave it in the sun for a while until it curdles, then drink it.  Not really my cup of tea!

Without a doubt what make the food and drink so good in the people you get to share it with.  I did miss the Turkey and trimmings on Christmas Day though…..

Sam loves Iron Bru after a night out….

A great weekend but another lesson learned...