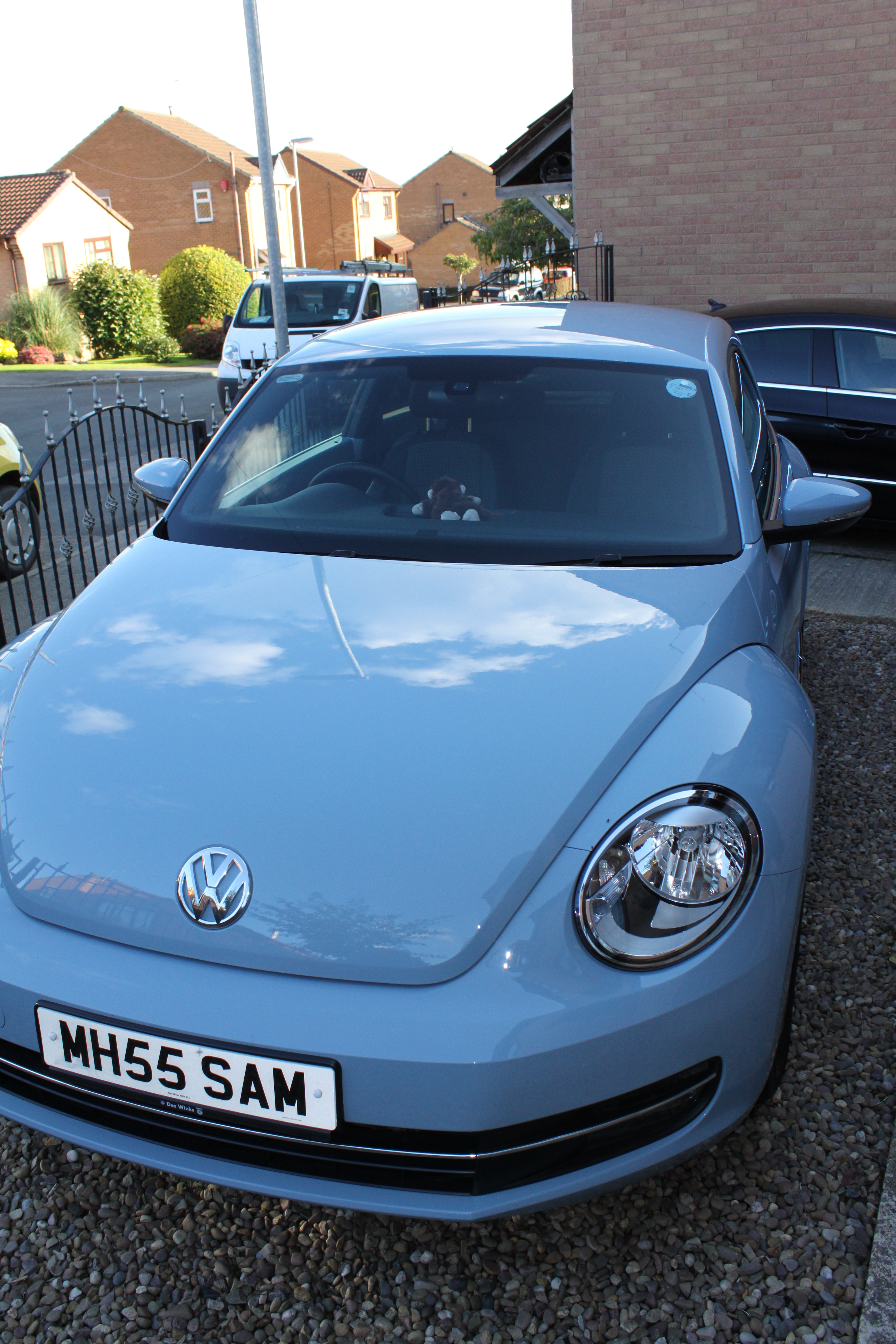 Sams pride and joy is her VW Beetle.  She had wanted oe of these for a while and last year we found the perfect car in Des Winks VW in Scarborough during one of our weekend at the caravan.

Prior to this she had a convertible Audi A3 which was a lovely car but very thirsty and the gearbox was on the way out.  I believe  Synchro Mesh issues are relatively common in this model.

Betsey, as Sam has named her,  is a 2015 VW Beetle and as you will see from the pictures it is the Classic style with the chrome hubs.

They day before Sam’s birthday she came back from the caravan to go to the races and parked the car outside our house.  unfortunately the neighbour had a visitor who did not secure her car properly on the hand brake and hers rolled down and smashed straight into the side of Betsy.  Devastated is not a stong enough word to describe how Sam felt.  I was at the Silverstone Classic event when it actually happen so I could even be there for her.

The day after this happened a loan Car was delivered from Europcar.  After being promised and equivalent car (They mention a Golf)  this huge Passat estate turned up which was less than welcome!  I am quite a fan of VW’s but this was just boring.  The only thing I will say is that it was unbelievable on fuel!!

We dropped the car at AW Repair and left it with them.  We heard nothing for literally ages!  after a bot of back and forth we finally got the call to say the car was ready.  Off we trot to AW repair in Denaby and there is Betsy, in a right state.  The panel gaps were well out and the paint, well that was terrible.  Instead of being this lovely baby blue colour,  it was flat dirty grey.  Sam was Gutted.

After rejecting the car,  I difficult conversation with someone at another branch who didn’t really have any understanding of Customer Service,  they eventually saw that it was a shoddy job and put it all right and to be fair she now looks spot on as you will see from the pictures.  A good clean and wax from me at the weekend and se will be in better condition than when we collected her. 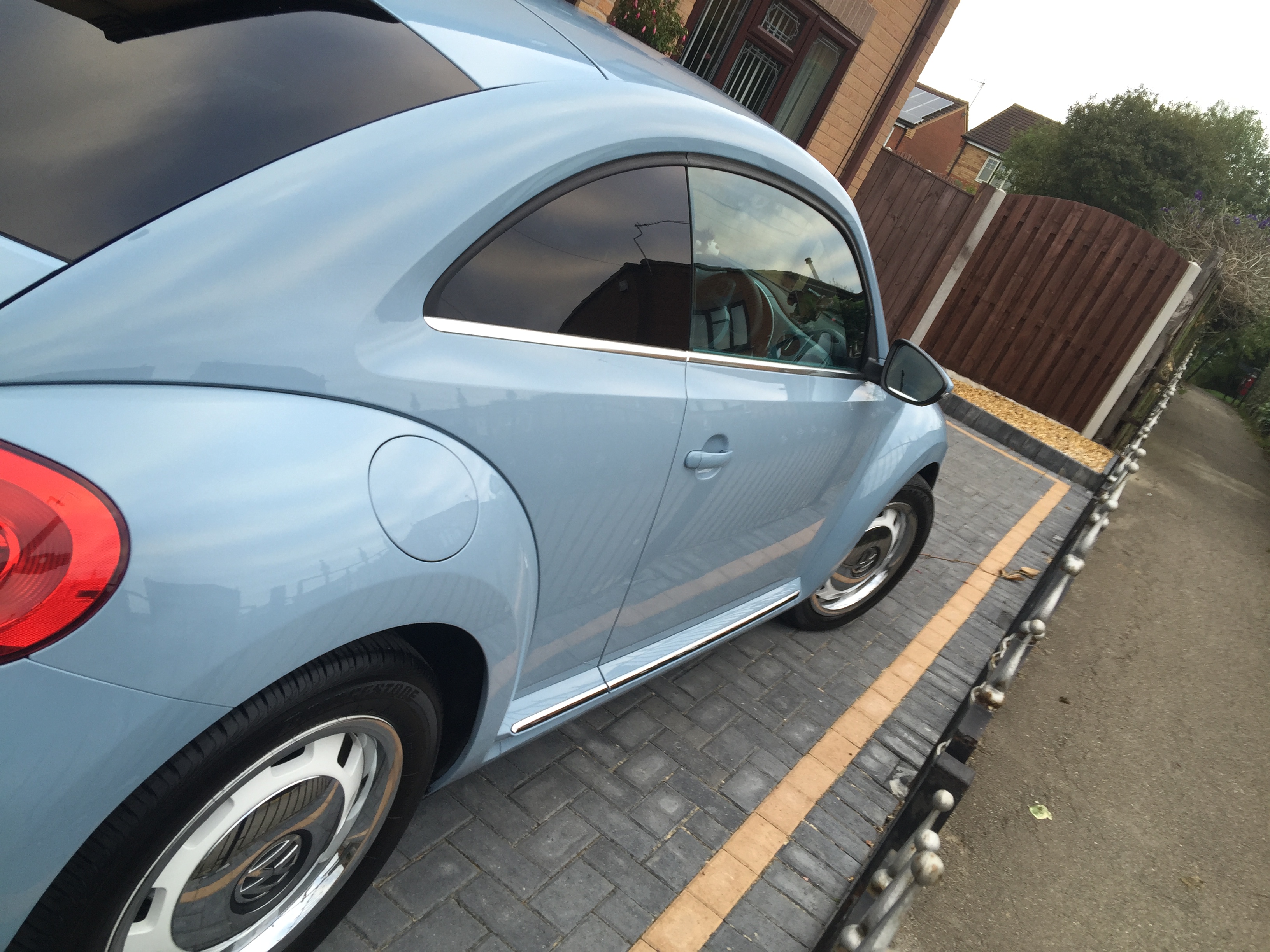 So what have Sam and I learnt from this:

Another Chapter close and I am sure it wont be the last car drama Sam or I have!

Our South African Adventure Part 1 – Kidds Beach, Friends and a Bit of Golf….

Drinks in the Rain!

Our South African Adventure Part 2…… The...